The rise of esports hotels in Asia

FacebookTwitterRedditLinkedIn
The rise of esports hotels in Asia

The first floor of the PC gaming area at e-ZONe in Osaka, Japan.

Tourism is one of the many industries that enjoy positive spillover effects from the fast-growing video game and esports markets in Asia. There is a strong intersection of esports and tourism in particular, and one aspect of interest is esports hotels. Niko Partners initially observed esports hotels in 2017 when the first Asian location opened in Chinese Taipei. The concept has become more prominent across the region since then and the trend of esports hotels accelerated rapidly after the COVID-19 pandemic in 2020. In short, esports hotels provide rooms with esports and gaming facilities such as multiple gaming PCs and peripherals for guests to use.

Specialized esports hotels provide esports-centric facilities and services in all guest rooms and in other dedicated areas of the hotel.

Hotels with esports facilities are regular hotels that offer both standard hotel rooms and rooms with esports themes or facilities, with the latter usually being offered in partnership with a brand or publisher.

This article examines esports hotels throughout Asia by region.

In 2017, i Hotel, located in Chungli, Chinese Taipei, pioneered the gaming and esports hospitality experience. ASUS ROG and 168inn jointly built i Hotel, in which each of the 44 rooms is equipped with ASUS esports PCs.

Japan’s first esports hotel, e-ZONe, opened in Osaka in 2020 with 9 floors of guest rooms and 3 floors dedicated to gaming. In addition to the private gaming rooms, guests can use the pre-installed Steam gaming and capsule-style accommodation services.

Meanwhile, the deep-rooted “PC bang” culture in South Korea flows through esports hotels in the country. Mayfield Hotel located in Gangseo-gu, Seoul, has collaborated with a gaming company, MSI, and has rooms that provide gaming setups for guests. Notable esports hotels in South Korea include H Hotel and Donkey Hotel. Both are known for being budget friendly, having a fast internet connection, and showcasing a plug-and-play setup for their guests. 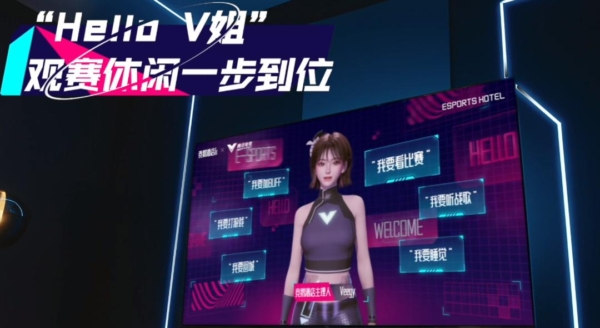 At Jinge Hotel, a virtual human VEEGY provides guests with information related to the hotel and esports content.

China is the largest market for esports in the world with over 400 million fans. While we’ve tracked a decline in internet café attendance and usage, especially since the COVID-19 outbreak when the industry was hit with temporary closures, this has been partially offset by growth in esports hotels. Esports hotels started playing a large role in second-tier cities like Xi’an and Zhengzhou in 2017. Between 2018 and 2019, we saw the number of esports hotels increase rapidly across 1st tier and 2nd tier cities. The number of esports hotels in China reached 11,000 in H1 of 2022, and it is expected to exceed 20,000 by the end of 2023.

Intelligent esports hotels are emerging as well, notably Jinge Hotel jointly built by Tencent Esports and Ouyu Technology, that “employ” a virtual human VEEGY which provides information related to the hotel and esports content for guests. 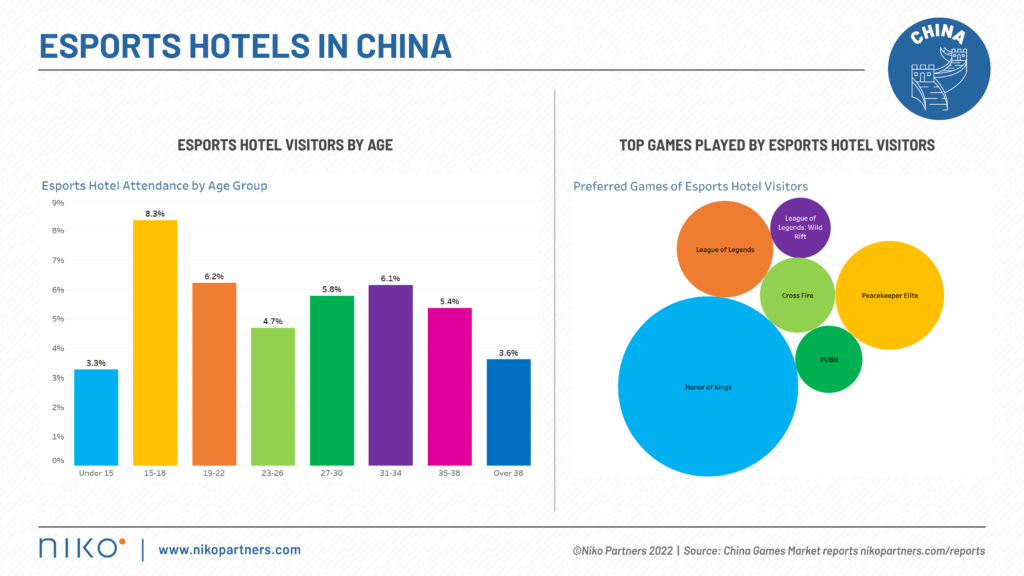 Meanwhile in Malaysia, SEM9 Senai, formerly known as the Perth Hotel, is Southeast Asia’s first esports-focused hotel built by SEM9 esports organization, backed by SEAGM and Aiken Digital, and has been open to the public since June 1 this year.

The market for esports hotels is just emerging in the Middle East. In June 2022, Dubai-based Rove Hotels in collaboration with Playtonia, Razer, and Dubai Sports Council introduced Rove’s Gamer Caves, the first hotel gaming rooms in the region. We anticipate this market to grow quickly. 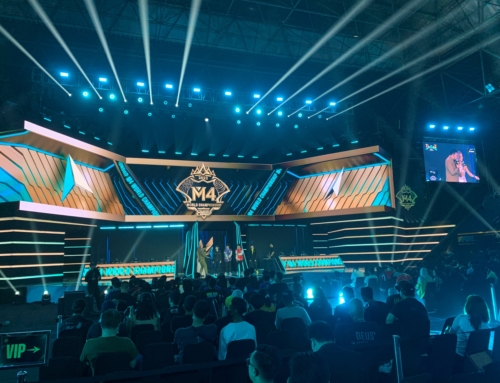 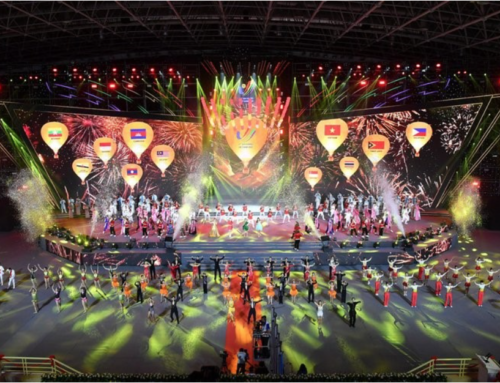 Esports at the 31st SEA Games 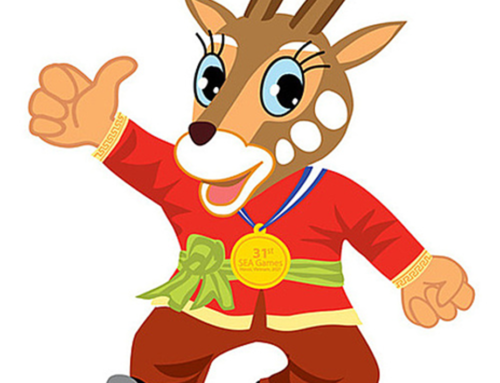 31st SEA Games to include Medal Competitions for 8 Esports Titles 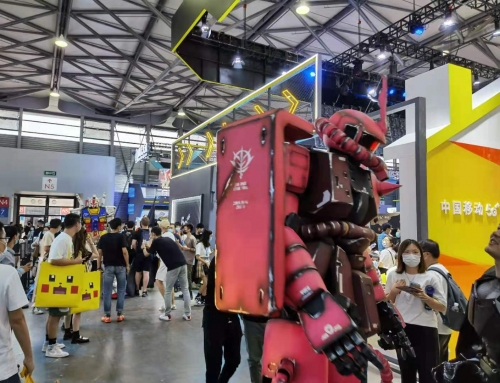 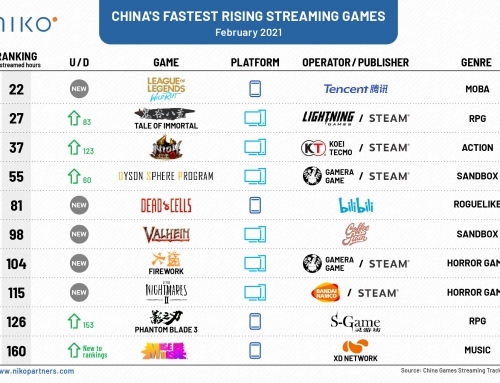