Tencent had a record year in 2016 as it saw game revenues increase 25% YoY to 70,844 million RMB / $10.2 billion USD. This makes Tencent the world’s largest games company for the fourth year in a row and it’s worth bearing in mind that the $10.2 billion number doesn’t include revenues generated by Supercell who was purchased by Tencent last year. Tencent is a giant in the gaming business and made headlines this week as it surpassed Wells Fargo to become the 10th biggest company in the world by market cap.

Tencent owns nearly 50% of China’s game market because of the strength of its game offerings and internal capabilities in value added services. The company operates WeChat, an instant messaging and social media service that has over 889 million active users. In addition, the company operates Tencent My App, the number one Android store in China. The company also owns several game development studios that have been able to deliver high quality software for mobile and PC. Tencent has also grown its external partnerships by localizing and publishing licensed titles such as Crossfire, Dungeon & Fighter and Call of Duty Online in China. On top of all of that, Tencent has also invested in many gaming companies such as Epic Games, Activision Blizzard, CJ Games, Glu Mobile, Plain Vanilla, Aiming, Pocket Gems and has an 84% stake in Supercell and full ownership of Riot Games. 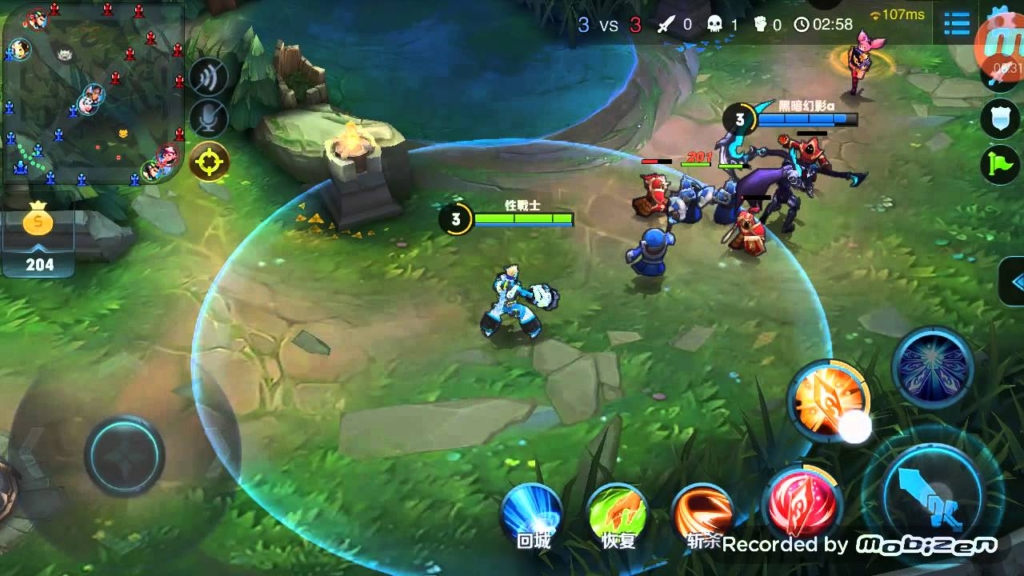 On paper the two games are nearly identical: they’re both MOBAs, they both use very similar visual styles and map designs, they both have similar player abilities and most notably they both have the exact same gameplay mechanics. However, Tencent has made subtle changes to Honor of Kings which has allowed it to stand out as a unique title in the eyes of gamers. The first unique factor is that Honor of Kings is designed from the ground up for mobile devices whereas League of Legends is designed for PC gamers. Honor of Kings benefits from smaller maps, shorter session times and simpler controls making the game more casual friendly. Despite this simplification, the game is still very much skill based.

Honor of Kings also has completely different characters to League of Legends that are based on Chinese history. Players can purchase skins which provide new and unique abilities to certain characters as well. The mobile title also has an auto battle system that allows gamers to keep playing even if they are randomly disconnected for a short period. This is a feature that is welcomed by mobile gamers as it can become a literal life saver in a poor signal area.

The game has become popular through extensive promotion from Tencent, word of mouth and eSports. Tencent’s channel promotional tools, such as WeChat and QQ, have allowed the game to reach a large audience and the popularity of League of Legends has led to many checking out the game to see how it plays. eSports in particular has been a great promotional tool for the game. Tencent established the King Pro League (KPL) in 2016 and successfully completed the first season last year.

The 2016 King Pro League consisted of 189 matches over 20 days with a total of 90 players across 12 teams. The tournament recorded more than 70 million views via livestreaming platforms with 13 million on the final day. Honor of Kings has grown the mobile eSports scene in China dramatically and the 2017 season is set to be bigger than ever. Amateurs players can also get involved through the game’s local leaderboard feature that allows you to compete with others based on your location. 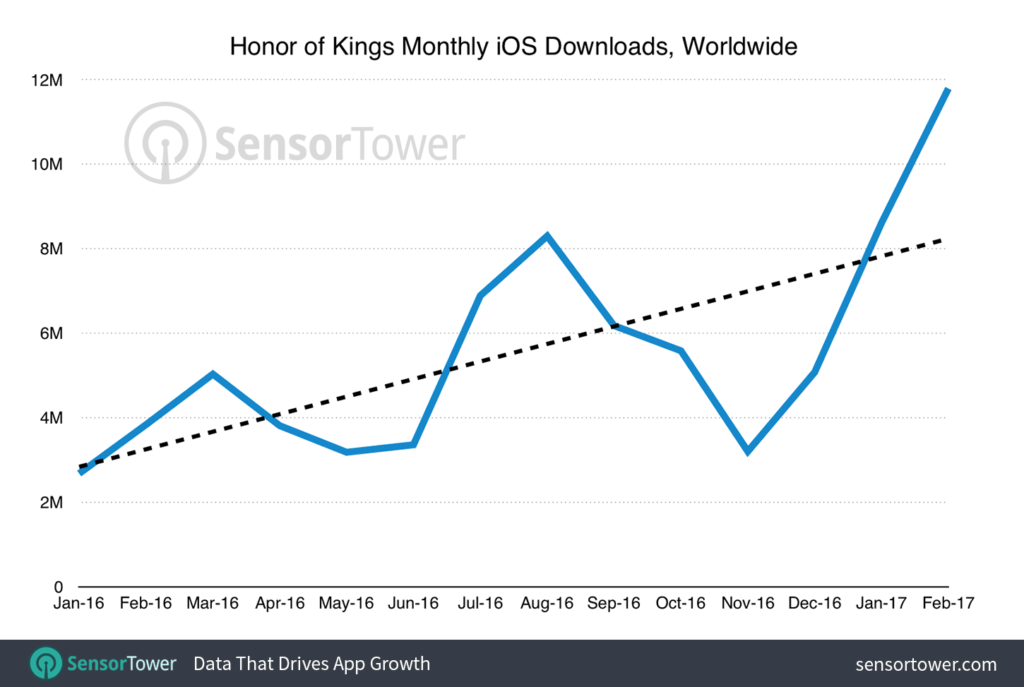 The game continues to grow in 2017 and beat all expectations. The recent Chinese New Year holiday update was extremely popular and generated total downloads in February of 11.8 million on iOS. This new influx of players took daily active users to over 70 million across both iOS and Android. The average user now plays Honor of Kings for around six hours per week. The game generated over $1 billion USD in 2016 and is on track to gross even more in 2017 as the game continues to grow in China and expands to South Korea, Southeast Asia and the West.

Tencent has been able to prove that its games can perform well both on mobile and PC without cannibalizing each other. Honor of Kings, which is catered to the casual mobile crowd, has seen tremendous growth and has encouraged many mobile gamers to check out League of Legends on PC and vice versa. It’s no coincidence that NetEase, the publisher of World of Warcraft in China, has just released a game called “Land of Glory” which is a casual friendly version of World of Warcraft for mobile.