In 2020 the first import list was announced in March, so the February issue is a positive sign for games publishers. Included in the list are 25 mobile games, 4 PC games, 2 Switch games, 1 PS4 game and 1 multiplatform console game. Please see the complete list by title, platform, genre, Chinese agency, developer, and country of origin.

Niko Partners provides this information to our readers each time a new list is announced. The data is also available in much greater detail along with surrounding context via Niko’s China Games Market Database which provides a a comprehensive monthly view of China’s games licenses, financial transactions, games rankings and more

Global developers are required to comply with Chinese publishing regulations before launching in China. All games on all platforms must obtain an ISBN (publishing license) prior to launch. The only exception is games that do not require payment nor offer in-app purchases. Niko Partners outlines the regulations and ways to enter the market in our China Game Regulations and Business Report, scheduled for March 2021. 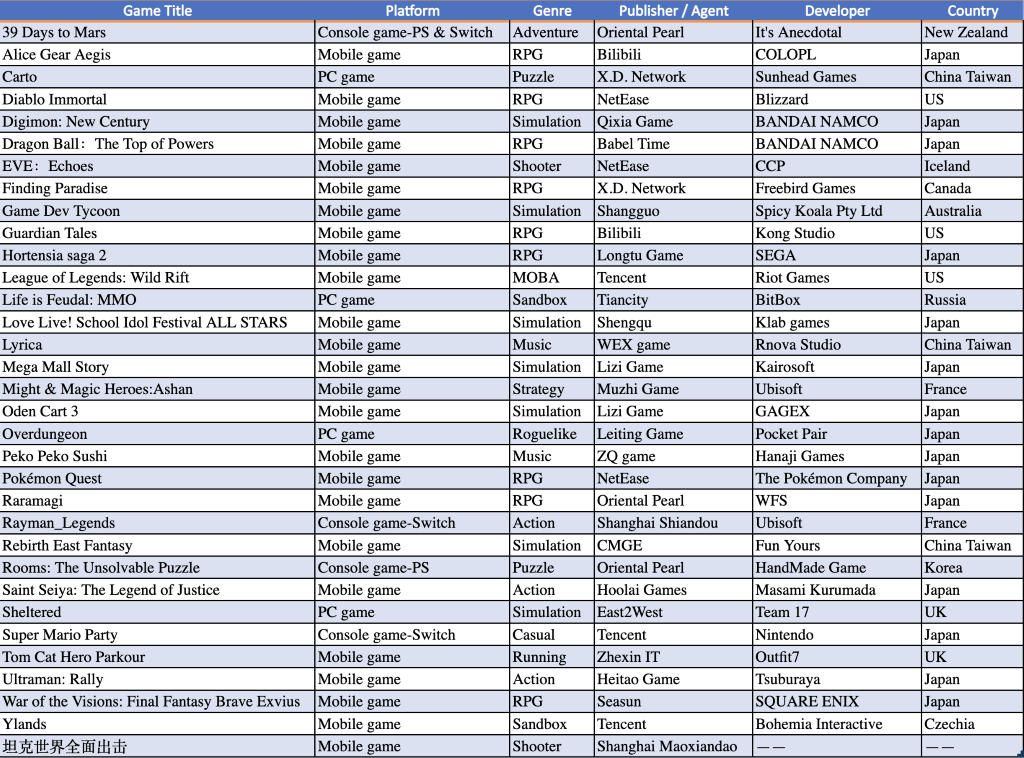 Source: National Press & Publication Administration (NPPA) of the PRC with Niko Partners analysis
Note: The NPPA provided neither the developer nor country of origin, nor the title translation, of the final game in this table.

Niko Analysis on this Batch of Licensed Import Games: