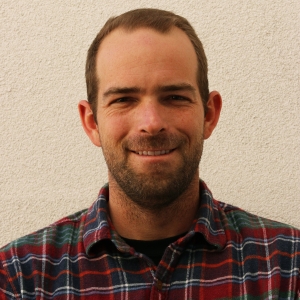 Niko Partners welcomes Alexander Champlin as manager of esports research. Alex will be leading Niko’s current esports initiatives as well as developing new products and analysis for the esports market.

As one of the leading minds in academia studying esports, Alexander received his PhD in Media Studies from UCSB where his doctoral work focused on media industries of videogame spectatorship. He focused specifically on the rise of esports production in the west and the corresponding growth of video game live streaming platforms. His field work included interviews with video game live streamers and ethnography of streaming platforms like Twitch and Mixer.

Alexander’s esports research fieldwork began in 2013 when he traveled to Seoul to study the implementation of esports arenas and esports media in the Korean market. This work focused on 3 esports studios in Seoul: the GOMTV Studio, the Nexon Arena, and LCK matches at the Ipark esports stadium in Yongsan, as well as PC Bangs Internet Cafes in both Seoul and Busan.

Between 2014 and 2018 Alexander conducted site-specific research at US esports events, looking primarily at the development of the NALCS Arena and the corresponding growth of the North American League of Legends LCS. Later this research would also cover the Blizzard Arena and the Overwatch League and considered the adaptation of large scale Korean esports for the western market.

In 2017 Alexander programmed an esports event for the Carsey-Wolf Center featuring Dave Stewart, the executive producer of the NALCS. The event covered the growth of the NALCS, the development of esports as a global phenomenon, and a discussion of the production of events like LoL Worlds.

At UCSB Alexander also helped to develop an esports and live streaming lab as part of an instructional development grant.

We’re thrilled to add Alexander’s critical expertise as esports continues to drive and transform the games industry in Asia and the world.