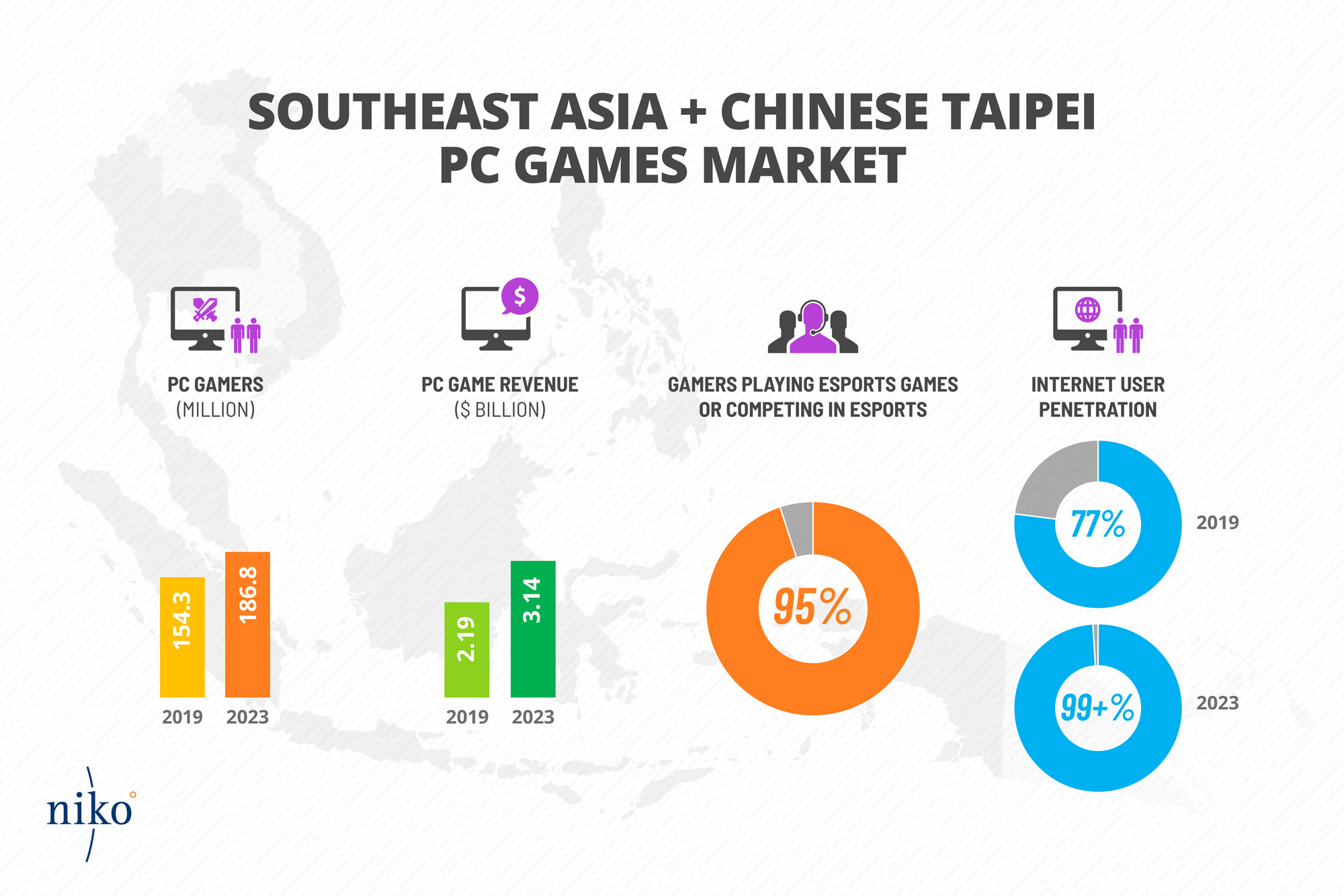 Southeast Asia is the world’s fastest growing region for PC online games revenue. The region is also home to the fastest growing market for esports. Teams, tournaments, and investment are all hot in the region, with no sign of slowing down. Improvements in internet infrastructure as well as disposable income, coupled with demand for esports games, tournaments, streaming, and more, have set the stage for continued growth in the next 5 years. Investment in the region by multinational companies and country governments will continue to boost this growth. The region represents a huge opportunity however each country’s different culture, gamer preferences, and spending behaviors means there is no one size fits all approach to the region. Further, while the regulatory landscape is more relaxed than China, several countries have regulations that do impact strategy for the region.

This report covers Southeast Asia and Chinese Taipei (also referred to as Greater Southeast Asia, or GSEA). SEA countries in this report are Indonesia, Malaysia, Philippines, Singapore, Thailand and Vietnam. Each has a unique personality, gamer base, spending level, and technology infrastructure.