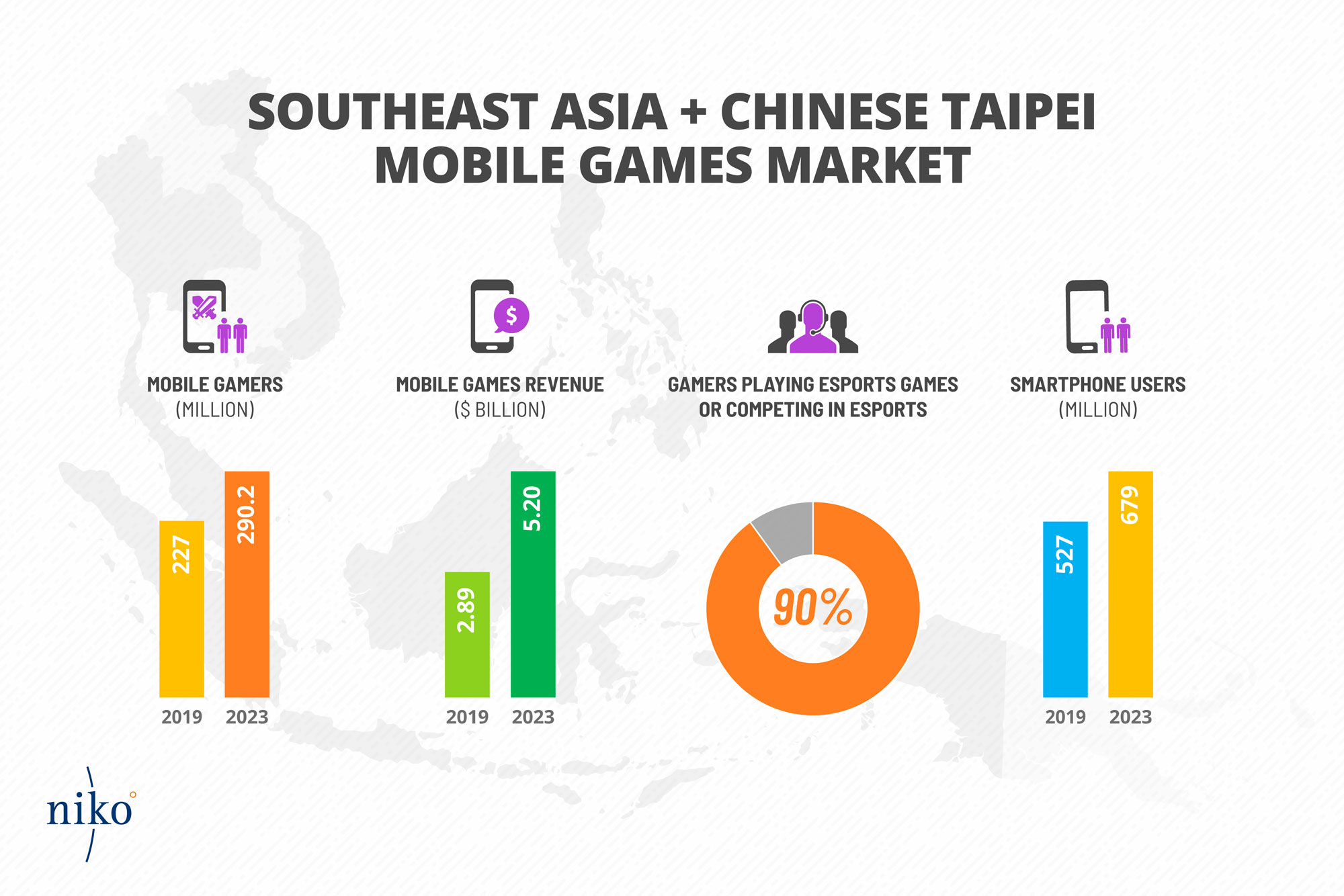 The Southeast Asia and Chinese Taipei mobile games market is booming, representing a lucrative opportunity for mobile developers and publishers. Huge numbers of avid gamers, lower user acquisition costs, the prevalence of the English language, and a relatively open market for new entrants all make the region very attractive. Improvements in internet infrastructure as well as disposable income, coupled with demand for esports games, tournaments, streaming, and more, have set the stage for continued growth in the next 5 years. However, each country’s different culture, gamer preferences, and spending behaviors means there is no one size fits all approach to the region. One particular differentiator with the West is the mobile app distribution system, which is broader than just Google Play and Apple App Store. Further, while the regulatory landscape is more relaxed than China, several countries have regulations that do impact strategy for the region.

This report covers Southeast Asia and Chinese Taipei (also referred to as Greater Southeast Asia, or GSEA). SEA countries in this report are Indonesia, Malaysia, Philippines, Singapore, Thailand and Vietnam. Each has a unique personality, gamer base, spending level, and technology infrastructure.