Sony has just celebrated its second year of selling the PlayStation 4 in China. The console originally launched in China mainland back in March 2015 and since then, Sony and rival Microsoft have been trying to grow the appeal of consoles in the country. With a population of over 1.3 billion, one may think that it wouldn’t be too hard to be successful in China, but the reality is very different. So far, consoles have struggled to sell in large quantities, yet Sony is doing better than any other console manufacturer in China.

China is the largest games market in the world with over $24 billion in digital games revenue in 2016, but less than 1% of that can be attributed to console games. The industry is dominated by PC online games and mobile games, which together account for nearly 100% of the market. 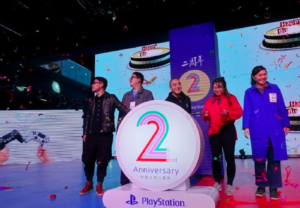 One reason that consoles haven’t been big in China is because they’ve been banned since 2000 and it was only in 2014 that the ban was officially lifted. The ban was intended to protect Chinese youth from perceived harmful content found in video games, which were primarily on consoles at that time. Despite this, PlayStation, Xbox and Nintendo consoles were widely available during the years of the ban on the grey market, but China never became a console centric country. Most gamers were consumed with social, inexpensive, fun PC online gaming. Consoles were local-gaming experiences as they could not connect to a network while banned, and they were (and are) expensive to own by Chinese standards. The PlayStation 3 launch price was more than the average monthly salary at the time so it never really made much sense for consumers to purchase it.

Free to play (F2P) PC online games dominated in the early 2000’s and more recently F2P games have take off on the mobile platform too. Games like League of Legends, Dungeon & Fighter, Fantasy Westward Journey, Honor of Kings and more have built huge communities using a F2P model on platforms that are easily accessible to everyone today. Everyone has a mobile phone (or two) and there are 150,000 Internet cafes in China where anyone can play a PC game. By comparison, paying upwards of $400 for a video game console and then $60 per game sounds unappealing to the mainstream gamer in China. Especially when all the popular titles and IPs are still on PC and mobile  and it is difficult to play socially with friends via console if very few friends own one. 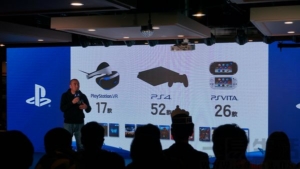 Cost has been a huge challenge for both Sony and Microsoft in China. The Xbox One with Kinect launched at $570 USD in China and the PlayStation 4 launched for $450. With the average monthly salary at around $700/month, it’s no wonder the consoles weren’t flying off the shelves. Sony and Microsoft have been aiming to solve this issue with continued price reductions and now both consoles can be found for less than $350. Both companies have also attempted to boost the value of its consoles by bundling a set of games and services with each console. The PS4, for example, comes with 5 free games at the $319 price-mark, one of which is Ratchet and Clank, and three months of PS Plus access.

Regulations are another challenge for Sony and Microsoft. China’s strict censorship laws means that all games must be approved before sale and must adhere to certain family friendly policies. This has led to certain games, like Halo MCC and Final Fantasy XV, having to censor minor parts of the game to achieve regulatory approval. These censorship laws rule out many big-ticket releases ever coming to China. This has in part led to a poor library for both games consoles. Only 52 PS4 games have been approved for sale and launched in China since March 2015. This pales in comparison to the over 1000 games available for the PS4 in the West. Core console gamers in China have had to resort to importing titles in order to get their hands on the vast number of games that have not been officially released.

Localization is another issue that Sony faces in China too. The low install base, strict regulations and localization costs have turned many away from bringing their games to China. On the other hand, Sony realizes that must have AAA content in China to appeal to a wide range of gamers and so they’ve attempted to localize and encourage localizations of as many titles as they can. Whilst the attempts are valiant, they’re let down by the issues above which cause games to come out much later than the Western versions. In fact, only Final Fantasy XV and Gravity Rush Remastered have come out at the same time as the global versions. All other games have come out months or even years after their global release dates.

Sony can cut the price of hardware, introduce overseas AAA titles and localize content quickly, but that still doesn’t do much to convince gamers to buy a PS4. This year Sony has announced the China Hero Project as the next major strategy to grow the China business. The mission of the project is to fund Chinese developers to help them create global blockbuster titles with Chinese influence for launch on PlayStation platforms. 10 games have been announced in the first wave of the project, some of the games being entirely new concepts whereas others are games already in development for other platforms. Sony is hoping that the development of these games will not only grow the console market in China but globally as well. 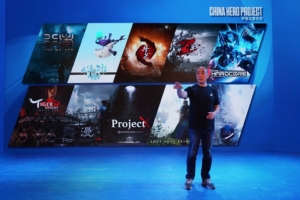 The China Hero Project and other initiatives will increase the appeal of the PS4 in China. Sony’s strategy of localizing overseas IP, bringing current Chinese games to PS4 and cultivating new titles based on Chinese IP, remains sound. However, it doesn’t solve the bigger issues of upfront console costs, game costs and the strict regulatory environment. There is also the growing competition from android TV boxes that can stream video content and play casual games for a much cheaper cost.

Niko Partners remains cautious about the future of consoles in China. Our China Games Market Data Report states that total TV games revenue will account for 1.2% of the total gaming market in China by 2021. It’s clear that console gaming is set to remain niche in China unless Sony and Microsoft can overcome the barriers mentioned above.