Since the overturn of the console ban in 2014, a healthy legal console games market in China has begun, thanks to the legal entry of PlayStation and Xbox. Nintendo recently announced plans to distribute the Switch console in China as well. The Switch plus the 9th generation consoles anticipated to launch in 2021, should lead to total console hardware and TV and console game software sales (grey and legal) of $2.15 billion by 2024.

China’s market for game consoles is often overlooked, because the revenue is much lower than for PC and mobile games. Sony, Microsoft, domestic competitors, and others are active in China and despite the barriers to entry, success is profitable. 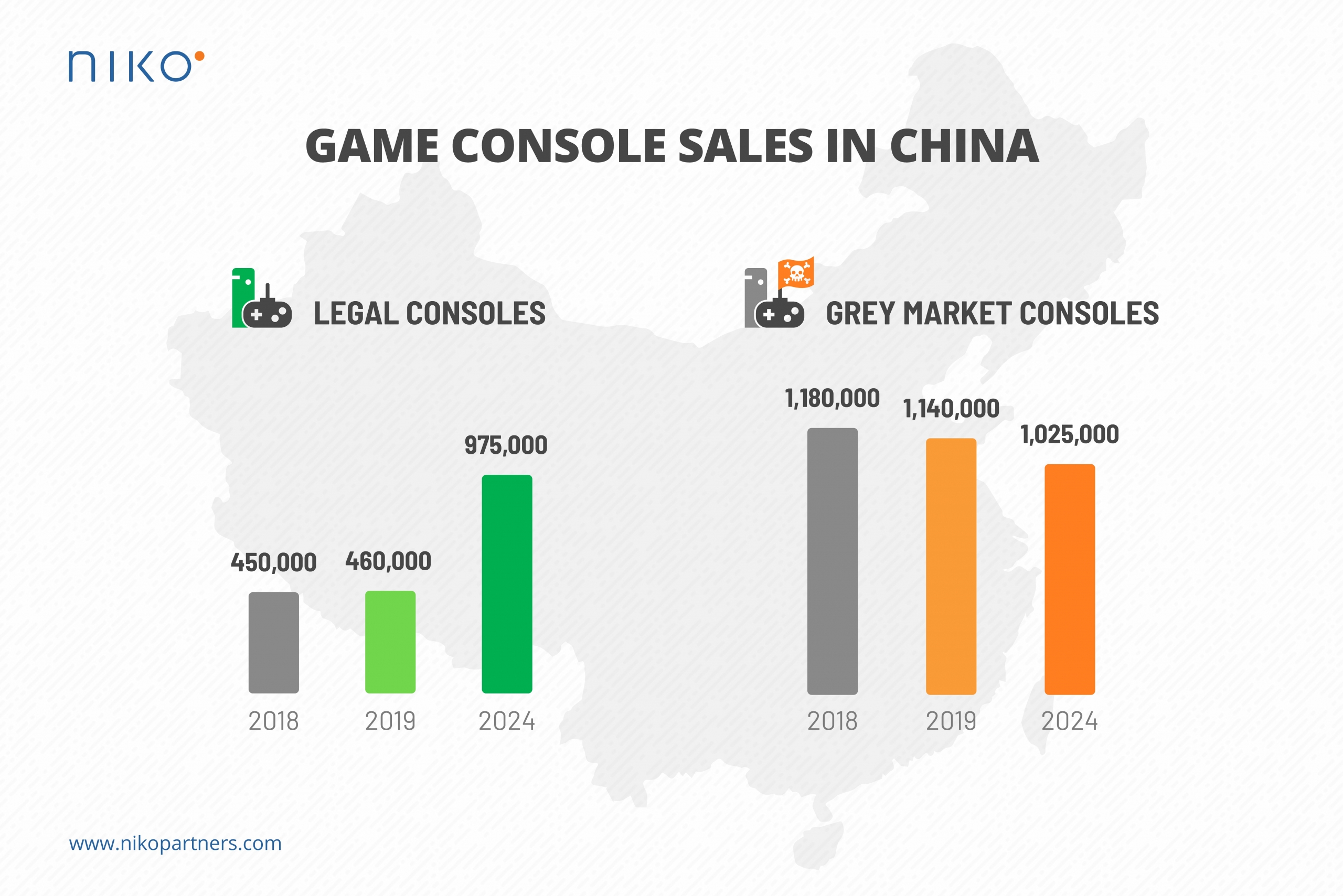